Over the past decade, an increasing number of states have been launching initiatives aimed at transforming their healthcare delivery and payment systems. Critical to their success is access to a rich, multi-source database, like an all-payer claims database (APCD), that offers comprehensive information about healthcare utilization and cost and enables deep dives into data analytics and assessments. Threatening these important resources is a pending decision by the U.S. Supreme Court, which is considering a case that could limit states’ abilities to collect essential healthcare data. At issue: whether state laws have more sway than the federal Employee Retirement Income Security Act (ERISA) and, specifically, whether states can compel the reporting of data by ERISA-covered health plans.

Health insurance regulation is a bifurcated arrangement: While states regulate coverage that is fully insured (i.e., where an insurance company accepts all the risk for covered lives), the federal government, under ERISA, regulates self-insured health plans (i.e., where the employer bears some of the risk for providing benefits).

The lead plaintiff in the Supreme Court case is Liberty Mutual, an insurance company that maintains a self-insured plan for its employees, including those in Vermont, a state that monitors, improves, and protects the healthcare of its citizens through the ongoing development and maintenance of its APCD, known as VHCURES. After Liberty Mutual’s third-party administrator received a subpoena in 2011 from Vermont to comply with its APCD law, the company filed a suit against the state in federal court. The insurer’s argument: Since the federal government, not Vermont, regulates its healthcare information, it should not be subject to “burdensome” state laws.

After the federal district court ruled against Liberty Mutual, the insurer took its case to the U.S. Court of Appeals for the Second Circuit. In a 2-1 decision in early 2014, the appellate court reversed the lower court’s ruling, determining that the state’s APCD law was preempted by ERISA. Vermont appealed that decision to the U.S. Supreme Court, which accepted the case, heard oral arguments in December 2015, and will likely issue its ruling by the end of June. (Justice Antonin Scalia’s death earlier this month may affect the timing – and long-term standing – of the court’s currently slated decisions).

A Supreme Court decision in the case – Gobeille v. Liberty Mutual – “against Vermont’s APCD will likely weaken an important and still evolving tool states have to guide their reforms – independent, complete claims data that includes all payers, whether regulated by the state or the federal government,” notes Trish Riley, Executive Director of the National Academy for State Health Policy and member of Onpoint’s Board of Directors, in a recent publication on the case’s implications for states’ healthcare reform efforts.

“A decision in favor of Liberty Mutual would mean that self-insured health plans in the state, which cover between 18% and 20% of all Vermonters, may no longer be mandated to report their healthcare information to the database,” warns Brian E. J. Martin, Associate General Counsel with the Green Mountain Care Board (GMCB), which oversees Vermont’s APCD. “Such a decision will ultimately impair the integrity of the data that the GMCB collects and how that data can be used as a viable resource for research and for benefitting Vermonters. The range of possible consequences on how such a decision could affect VHCURES is quite large.” 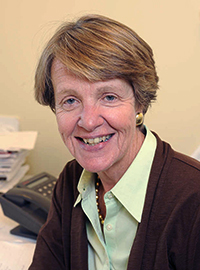 In her brief on the case, Riley catalogs the expansive advantages yielded by an APCD. She writes that “the presence of an APCD provides states the data to benchmark performance. With this data, states can answer such questions as what are we spending now, on what services, and through which providers. States can also track progress over time to measure the success of payment reform initiatives on bending the cost curve. States can and do provide comparative pricing information that can fuel market competition and inform consumers. They can identify access problems and target health care cost drivers, including identifying potential abuse of opioids, for example. Coupled with clinical data, available through health information exchanges, states can measure both cost and quality over time. States are using APCDs to support rate review and evaluate public health education campaigns. Minnesota’s APCD data informed a study of preventable health care events, hospital admissions and readmissions. In Connecticut, the state exchange is using its APCD to populate a provider directory to provide real-time information to consumers seeking to know which providers are in their insurers’ networks. Massachusetts and Colorado are developing quality and patient safety reports.”

Great collaboration here! Proud to see former Onpoint board member, Trish Riley, help spearhead this initiative to… https://t.co/KBnXLGD5J5
Registration for #NAHDO2020 is now open: https://t.co/6zfpiQ9CIi. A great opportunity to learn about what others ar… https://t.co/WgqYgDaOdf
A step towards greater transparency in health care. https://t.co/7SiOXEk94R
Looking forward to seeing you all at the #ARM20! We will be featured in 3 poster presentations so come check us out. https://t.co/fEyHWkUPU0
As we continue to participate in this movement, we must also take measures to ensure we are doing it as safely as w… https://t.co/iGPCbIMoau
A powerful moment where many are stepping up, speaking out, and lending a hand. https://t.co/YoksAZZ2z5
Our Spring 2020 newsletter was published just last week! One of the articles featured highlighted our team's collab… https://t.co/ADXfS0B6tI